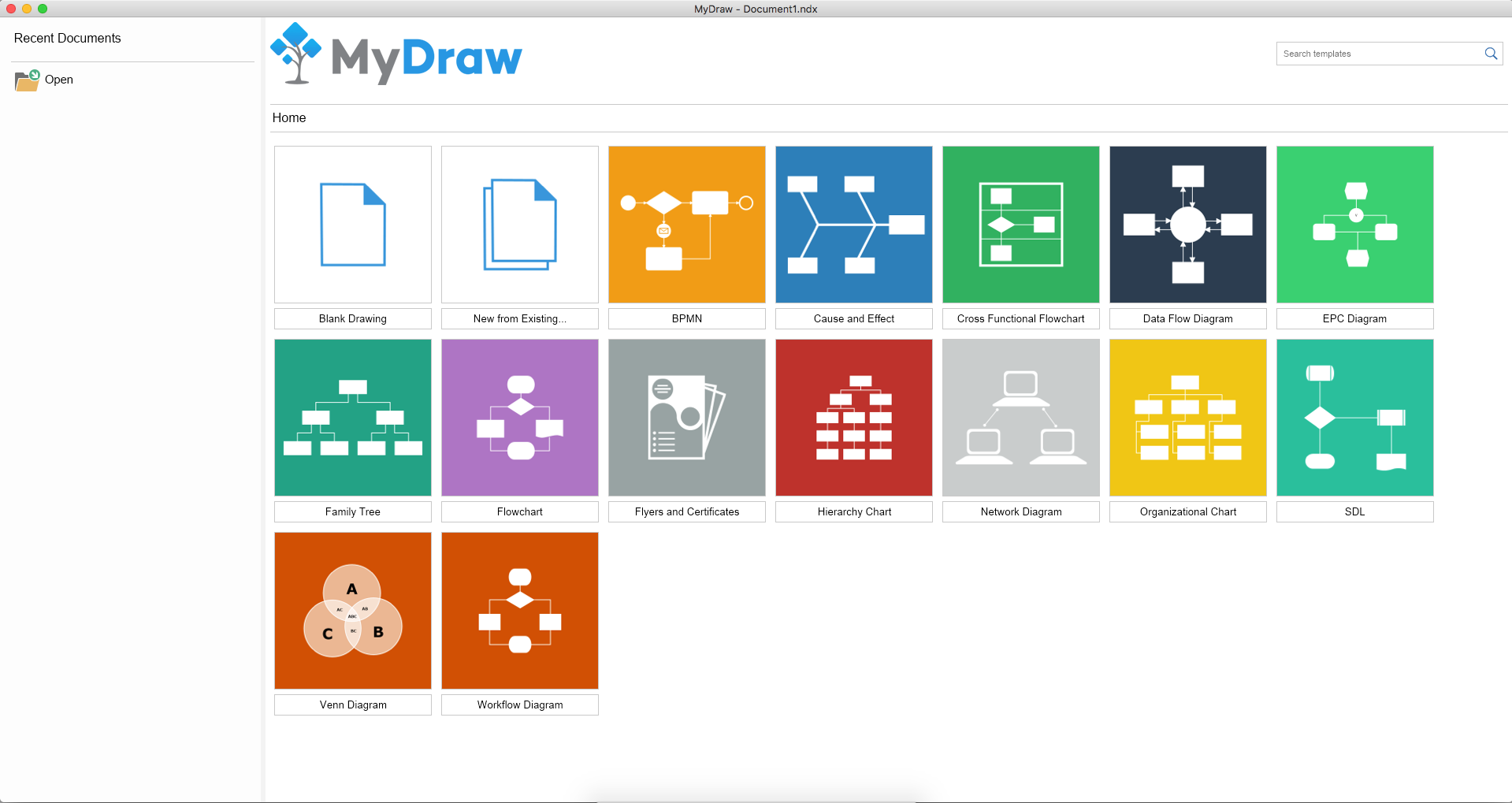 MyDraw is an advanced diagramming software and vector graphics drawing tool for Windows and macOS.

Drawing a diagram requires precision skills, crisp graphics and neat layouts that line up perfectly. If your visuals don't line up, your diagram looks unprofessional--and people are unlikely to take you seriously. You need perfect graphics to impart a message to your audience.

With MyDraw, you don't have to be a graphic designer. Anyone can make diagrams with MyDraw's templates, graphics and software that lines up your assets. Choose between a two-year or three-year license to get all of MyDraw's benefits, including free updates.

MyDraw is software that allows you to create charts and diagrams without prior graphic design knowledge. When you download MyDraw, you get access to hundreds of templates that do half the work for you. You'll also get an image generator that creates high-quality images for your charts. With MyDraw, you can produce full-color diagrams with bright fonts and simple icons.

For advanced diagrams, MyDraw's tools allow you to draw shapes like ellipses and polygon. You can also use geometry to draw complex shapes for your chart. If you work with Visio, import drawings and stencils directly into MyDraw software. When you're done, use advanced printing tools to create crisp, visually appealing flyers, worksheets and posters.

Anyone who makes charts, diagrams and visuals needs MyDraw. If you're a business owner, use MyDraw to organize data, provide steps for working on projects, show the business's hierarchy or talk about your progress. Use MyDraw diagrams in presentations, or create posters to hang in the office.

For personal use, MyDraw makes it easy to produce certificates, instructions and family trees. Architects use MyDraw to build floor plans. Flowcharts and diagrams make eye-catching advertisements and flyers for people promoting a service. If you're trying to make a point, flowcharts illustrate cause-and-effect.

What's Needed to Use MyDraw?

What Comes with the MyDraw License?

When you buy MyDraw, you'll get a license that comes with two access keys. You can run MyDraw on two different Mac or Windows computers and transfer your keys to different devices. MyDraw licenses come with an unlimited number of transfers so you can upgrade to new computers without losing your software. Your license also comes with software upgrades within one year of purchase.

If your subscription expires, you can still use MyDraw, but you can't transfer the keys between different computers. You'll also lose updates and the ability to request bug fixes. Renew your subscription within 30 days after the expiration date to continue receiving these benefits. You can also buy a new license if you decide to renew later.

Buy MyDraw today to start making charts, graphs and diagrams with the simple, easy-to-use platform. If you're not shopping today, add MyDraw to your wishlist and come back to it later.