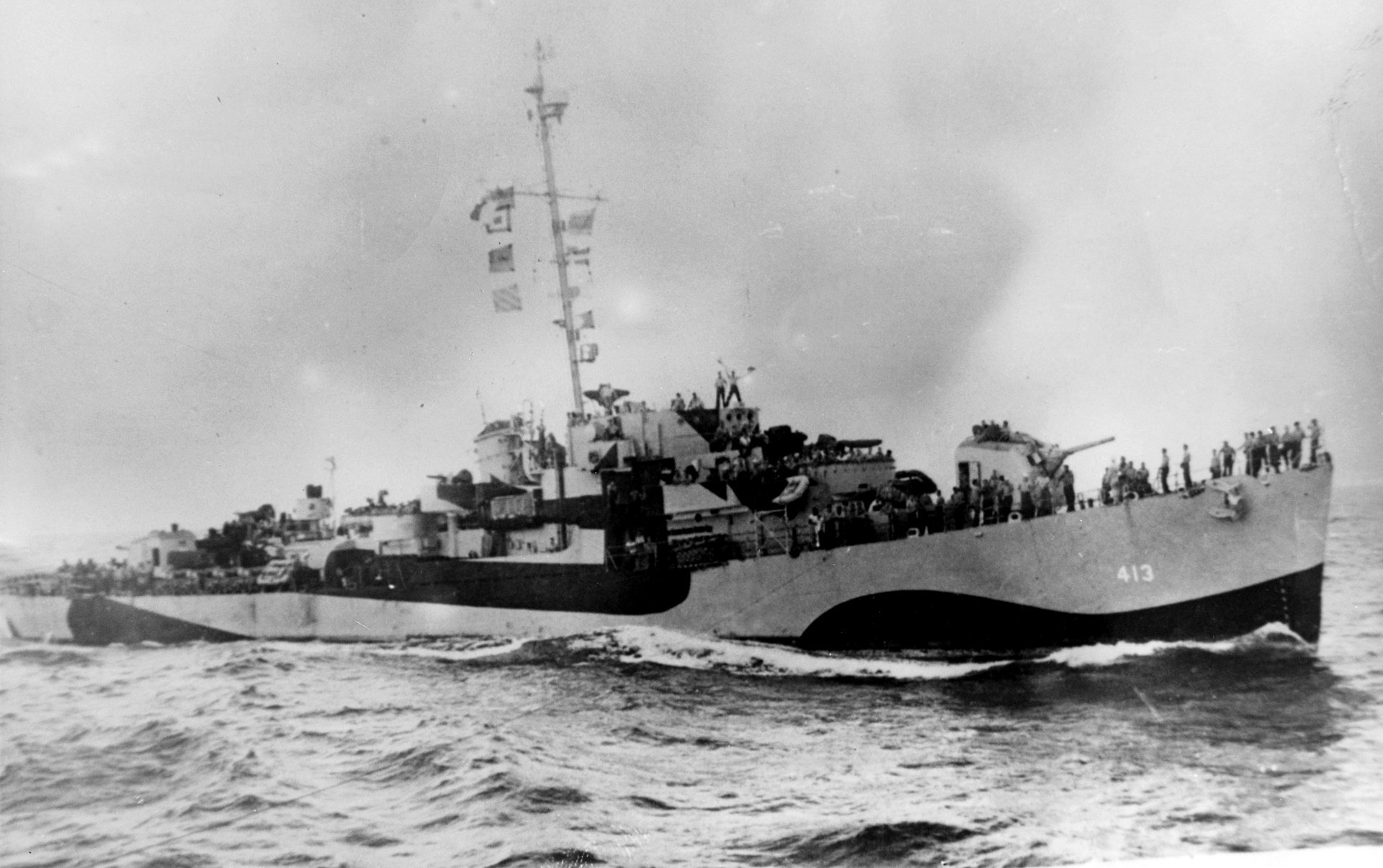 We may have explored more of the known universe than the depths of the Earth's oceans. From strange fish that never see the light of day to the watery graves of seafarers and sailors, the secrets of the ocean are vast. Uncovering the wreckage of a sunken ship is at once captivating and mysterious.

Marine Explorers Uncover the Shipwreck of the USS Samuel B. Roberts

World War II saw the largest naval battles in history, and the Pacific Ocean is littered with the wreckage of heroes and combatants. The USS Samuel B. Roberts, a U.S. Navy destroyer that engaged a superior Japanese fleet during the war in the Pacific theatre, is the deepest wreck to be discovered.

Known informally as the "Sammy B," the stalwart destroyer was identified just Wednesday, at a depth of 22,916 feet or 6,985 meters, broken into two pieces. The discovery of the Sammy B knocked the previous record holder for the deepest discovered shipwreck, the USS Johnson. This vessel was also discovered off the Phillippine coast just last year.

Both vessels were discovered by the American explorer Victor Vescovo, founder of Dallas-based Caladan Oceanic Expeditions. He found the Sammy B in a joint effort with the U.K.-based EYOS Expeditions.

A History of Naval Discoveries

Victor Vesco isn't a stranger to finding long-lost ships in the deep, but this discovery may have had special significance. "It was an extraordinary honor to locate this incredibly famous ship and by doing so have the chance to retell her story of heroism and duty to those who may not know of the ship and her crew's sacrifice," Vescovo noted. As a former Navy commander, locating the final resting place of his comrades-in-arms may be especially poignant.

The Heroic History of the Sammy B

The USS Samuel B. Roberts was involved in the Battle of Samar, the closing battle in the final phase of the Battle of Leyte Gulf, which happened in October of 1944. The Japanese Imperial Navy suffered its greatest loss of ships in this battle, and their efforts failed to remove the Allied forces, predominately U.S. sailors and marines, from Leyte. Leyte had earlier been liberated by U.S. and Allied forces as part of the overall campaign to liberate the Phillippines.

Some records note that the destroyer managed to disable a Japanese heavy cruising ship with a torpedo and then significantly damage a second vessel before it sank. The Sammy B was hit after she spent all her ammunition in the battle and was sunk by the Japanese battleship Yamato. Out of her 224-man crew, 120 were saved from the wreckage, but tragically, 89 sailors lost their lives, including the captain of the Uss Samuel B. Roberts, Lt. Cmdr. Robert W. Copeland.

Copeland famously stated that there was "no higher honor" than to have led the men of the Sammy B, who displayed incredible courage in the face of fire and determination when going into battle against the overwhelming odds of the Japanese navy, in which survival was unlikely.

In a statement honoring the fallen sailors of the USS Samuel B. Roberts, Cox proclaimed, "This site is a hallowed war grave and serves to remind all Americans of the great cost born by previous generations for the freedom we take for granted today."

The historical records of the Sammy B's last hours were not very accurate. The wreckage was discovered using the deepest side-scan sonar ever installed, which was operated using a submersible going way beyond the standard commercial limitations of diving and ocean exploration of 19,685 feet (6,000 meters), EYOS noted.